Today’s modern medicine allows many of us to have longer, healthier and more productive lives than our ancestors ever could have dreamed. One key part of this advancement is the use of medical implants that are made to replace and act as a missing biological structure within the body. Since the implants are placed inside the body, the cleanliness of the implant must be beyond compare. Contaminants can be introduced into the implant both in the processing of the implant and in the post-production handling.

Traditional methods for Medical Implant Cleaning have typically included solvents and water-based systems. While these methods are accepted, there are modern updates that are far more effective and do not include the potentially fatal side effects such as irritants from solvents, residue from the production process. In addition, newer processes are environmentally friendly and safer for implant recipients because there is no residue.

No surface tension
Carbon Dioxide in its supercritical state has the permeability to reach into the smallest crevices of any implant. Unlike liquids, Supercritical CO2 has no surface tension that would prevent it from reaching all of the crevices and completely cleaning the device. Supercritical CO2 goes deeply into the smallest interstices and solubilizes impurities, such as paraffin and other binders or lubricants used in the production of the implant.

No residue
Another benefit of using Supercritical CO2 is that it does not leave any residue on the implant. CO2 simply evaporates back into the atmosphere, leaving behind no potential irritants that may cause reactions inside the body. Unlike with solvents, there is no residue and no clean-up.

Sterilization
In addition to the measurable benefits listed above, it has also been reported that Supercritical Carbon Dioxide provides limited sterilization, thereby leaving a more biologically inactive surface. 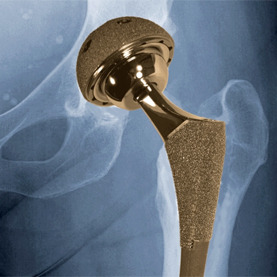